🦊
Ahh, you found me! Try to find me again.
🦊
Found again! OK, last one, though it will be harder.
Hint: Use the Konami Code 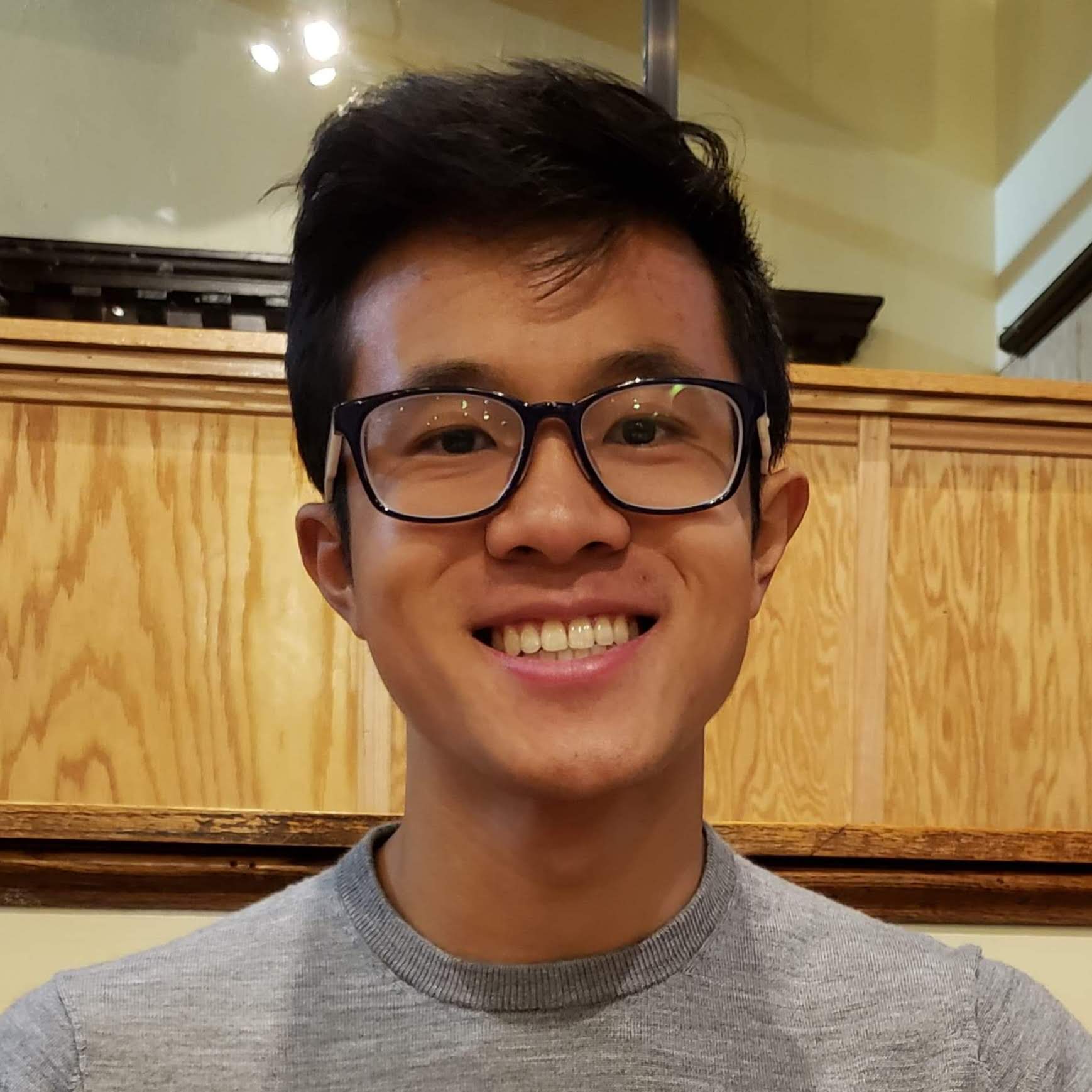 I was born and raised in Olympia, Washington.

From a young age, I've found joy in solving puzzles, and this has led me to explore the field of Computer Science. It's my dream to have a positive influence across the globe, and I believe software is the appropriate medium for me to accomplish this. I've become enamored with the seemingly endless applications of machine learning and have thus chosen machine learning as my area of specialization.

Currently I explore and develop solutions to efficiently deploy deep learning models on the autonomous cars, the future of transportation. 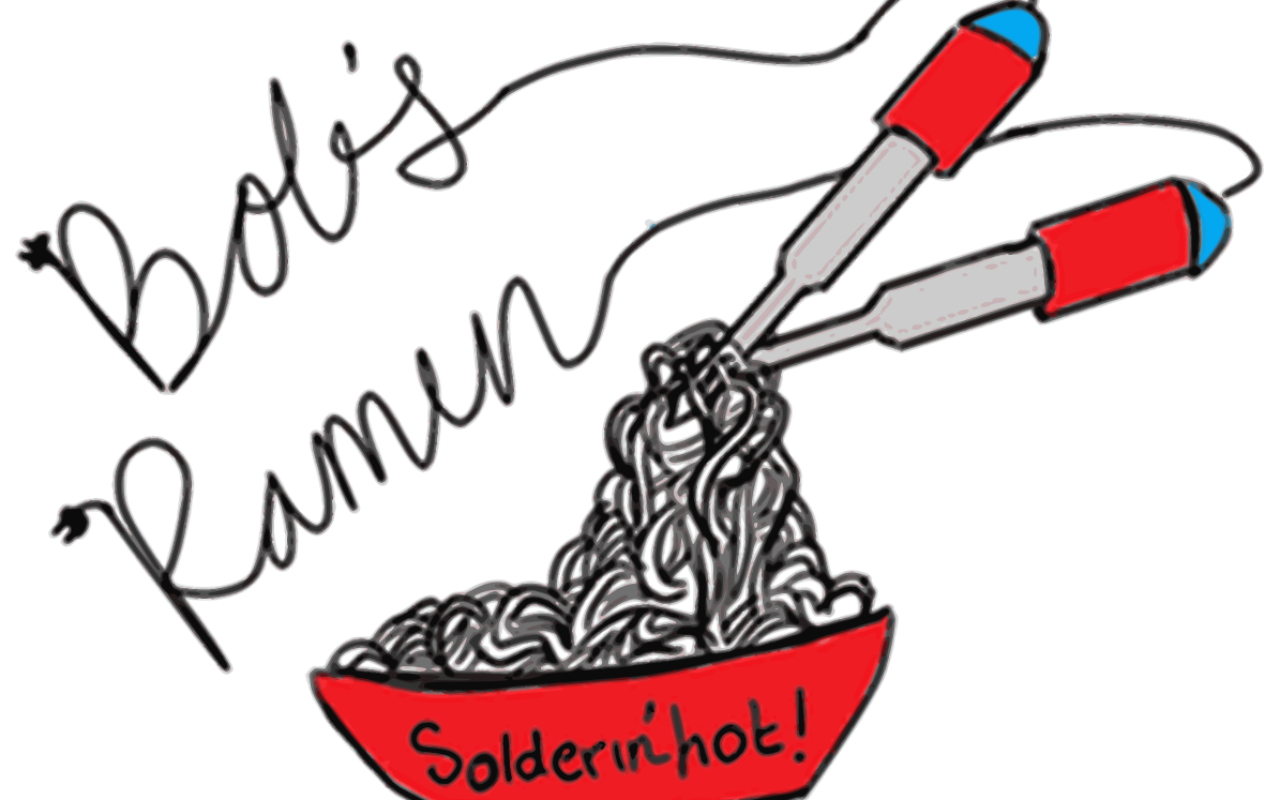 This was the beginning of my hackathon career. The idea for a robotic ramen machine actually came about before I entered college. Over the summer, I was direct messaging my future roommate, and we were fantasizing how great an automatic ramen machine would be. Ramen is the quintessential college meal, and since we all know we're too busy studying, a ramen robot seems necessary for a college student's life. A few weeks into college, we heard about CMU's beginner hackathon HackCMU. This would be the perfect opportunity to build this! We bought wood, scrapped together cardboard and duct tape, and found an arduino, and the rest is history. We successfully created an internet of things robotic ramen preparer controlled by an iPhone app. Bob's Ramen won the Mentor's Choice Award sponsored by Microsoft.
Check it out 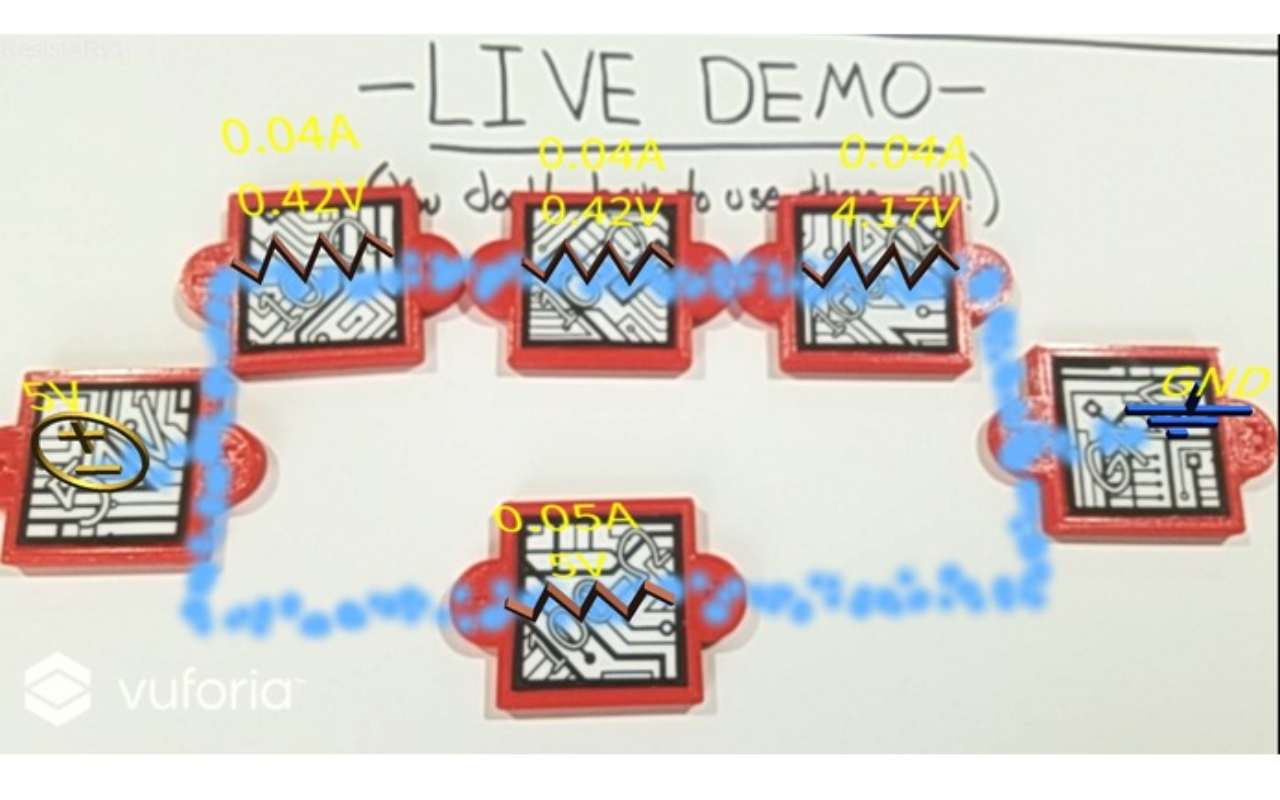 When you're at a hackathon with 3 other ECE (electrical and computer engineering) majors you shouldn't be surprised if your project is about resistors. Our idea was to design 3D printed parts representing circuit components (source, ground, resistor), and then make an app that would visualize the circuit flow through a given circuit configuration. None of us had experience with augmented reality, but we decided to go for the challenge. The project would also have educational applications. We happened upon the Vuforia SDK which could be coupled with Unity to make augmented reality apps using QR codes as targets. I primarily worked on the algorithms which outputted the electron flow direction and locations as well as the solved resistor potential differences and electric current. We made ResistAR at TartanHacks, Carnegie Mellon's premiere hackathon and won the grand prize.
Check it out 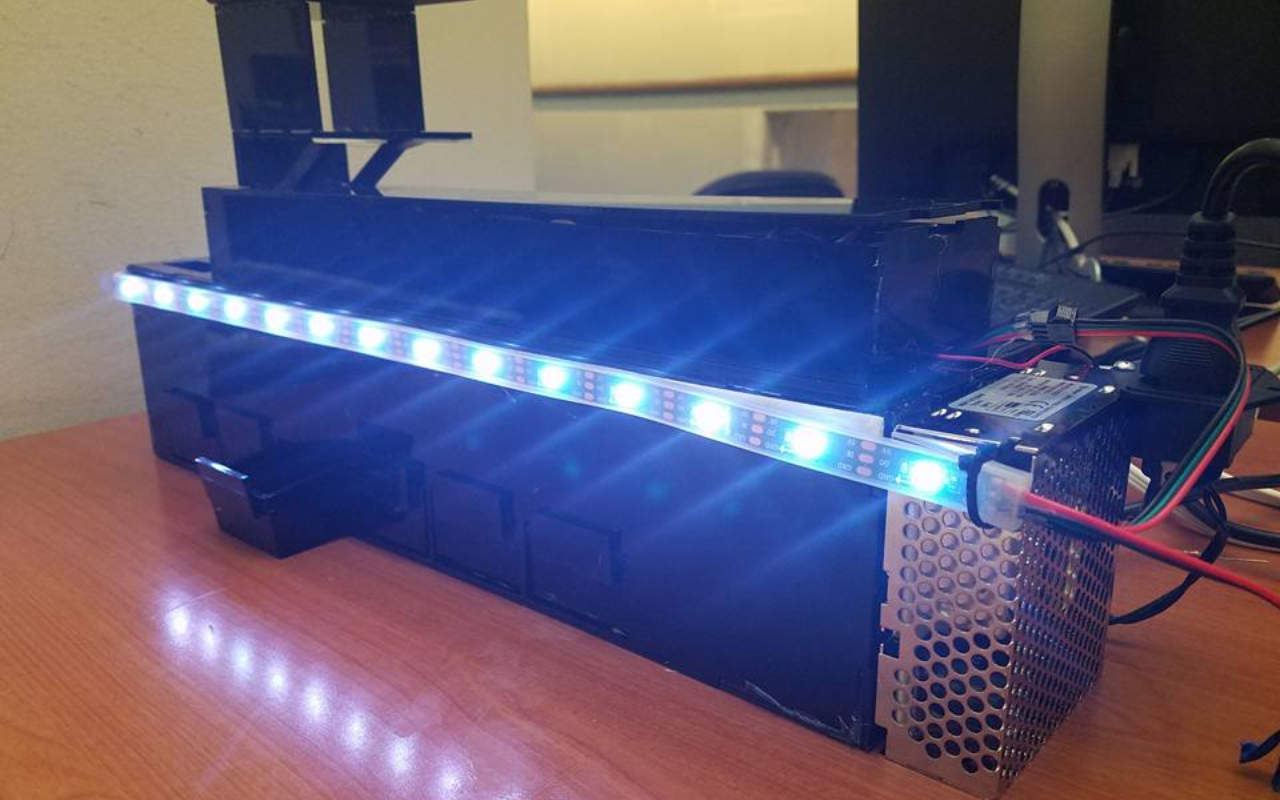 Inventex is an internet-enabled hardware sorter and inventory maintenance machine. It works with a mobile app built in React Native. I was in charge of making the mobile app and configuring the raspberry pi to take incoming commands. The problem it was aimed towards was messy workspaces. With Inventex, you can scan the piece of hardware that you want to desposit with the app, then put it in the machine's input slot. The machine then allocates a bin for that category of hardware and deposits the hardware in it. When you want to retrieve something, you can select the hardware type and amount from the app interface and the machine will spit it out for you. We made Inventex at PennApps, and we won the best hardware hack award.
Check it out 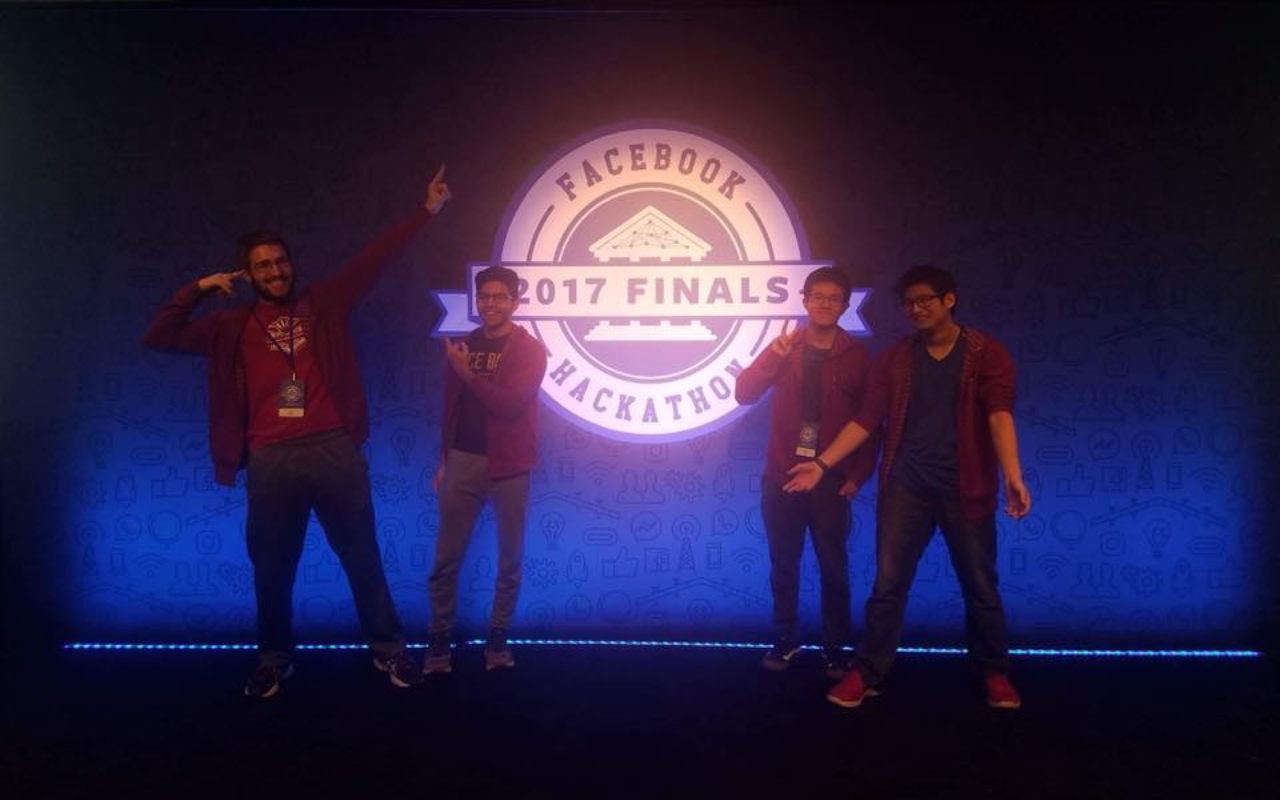 At the Facebook Global Hackathon, my team and I created something called Facebook Discourse. A bit of background about the Facebook Global Hackathon: every year Facebook invites the winners of a handful of hackathons from across the globe. When I participated, there were 20 teams from 11 different countries. I qualified because my team won the grand prize at TartanHacks. Some other hackathons from the US that are represented are PennApps, HackMIT, and TreeHacks (Stanford). Facebook Discourse is a debate platform that fosters positive discourse by only allowing positive interactions from spectators like up-voting debate points and also adding credible sources. Additionally, users can follow debate threads that are automatically detected by the system. This could be used with presidential debates by visualizing the arguments on our platform. We presented Facebook Discourse to the VPs of technology of OculusVR, WhatsApp, and Instagram and won first prize. 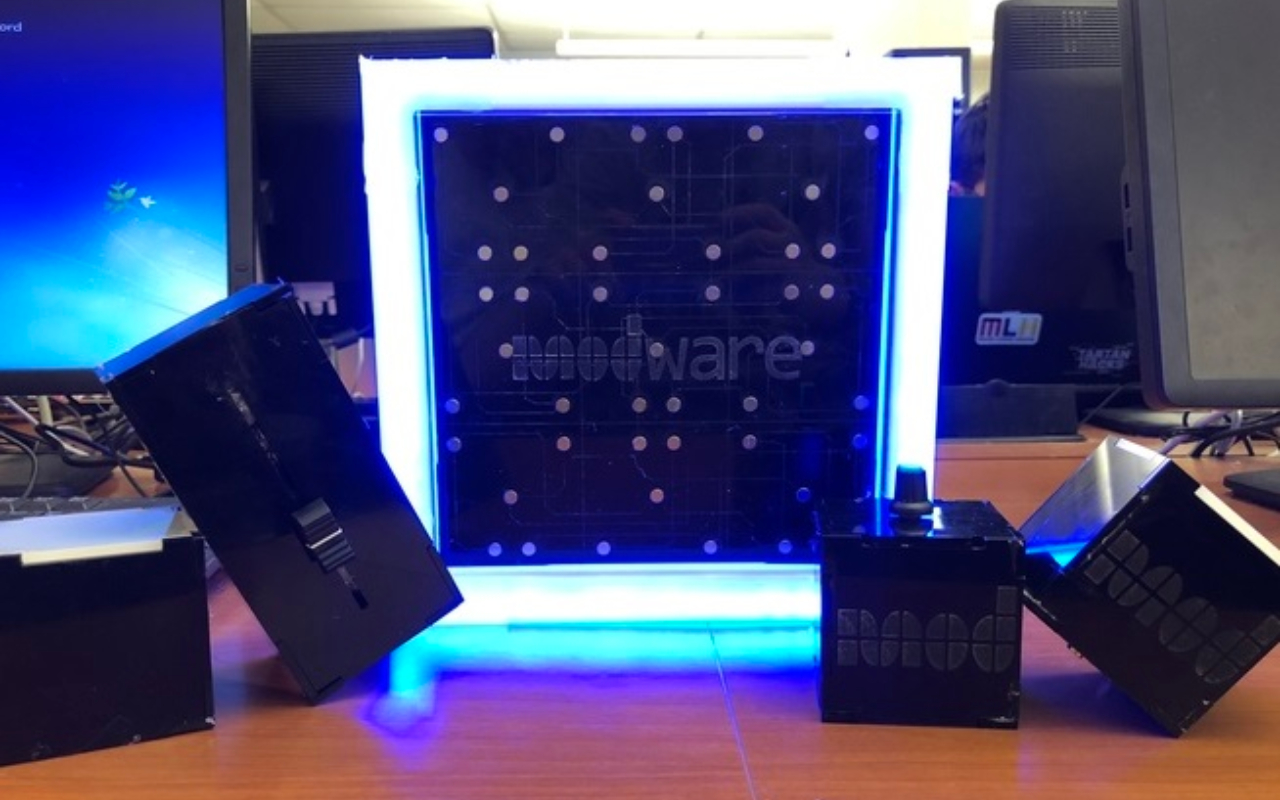 At PennApps, my team and I made Modware, a modular hardware prototyping kit for the software engineer to take the "hard" out of hardware. Modware is a magnetic board with magnetically attachable hardware components such as light switches, knobs, and lights. The idea is that with Modware, the user would be able to easily hook up hardware components to anything they might need without having to know the details of electrical engineering. Modware also includes a UI to connect the components to each other and configure APIs with the hardware components. One of the examples we set up was using a knob to control the depth of a Sierpinski's triangle rendering. A software engineer could also make a light flash to alert them of something like a stock hitting a certain price. I personally worked on the backend design including data structures and data passing and also the examples of how Modware can be used by a software engineer. Modware earned us four awards: the PennApps 2nd place prize, Lutron's IOT award, Best Hardware Hack, and Hacker's favorite award.
Check it out 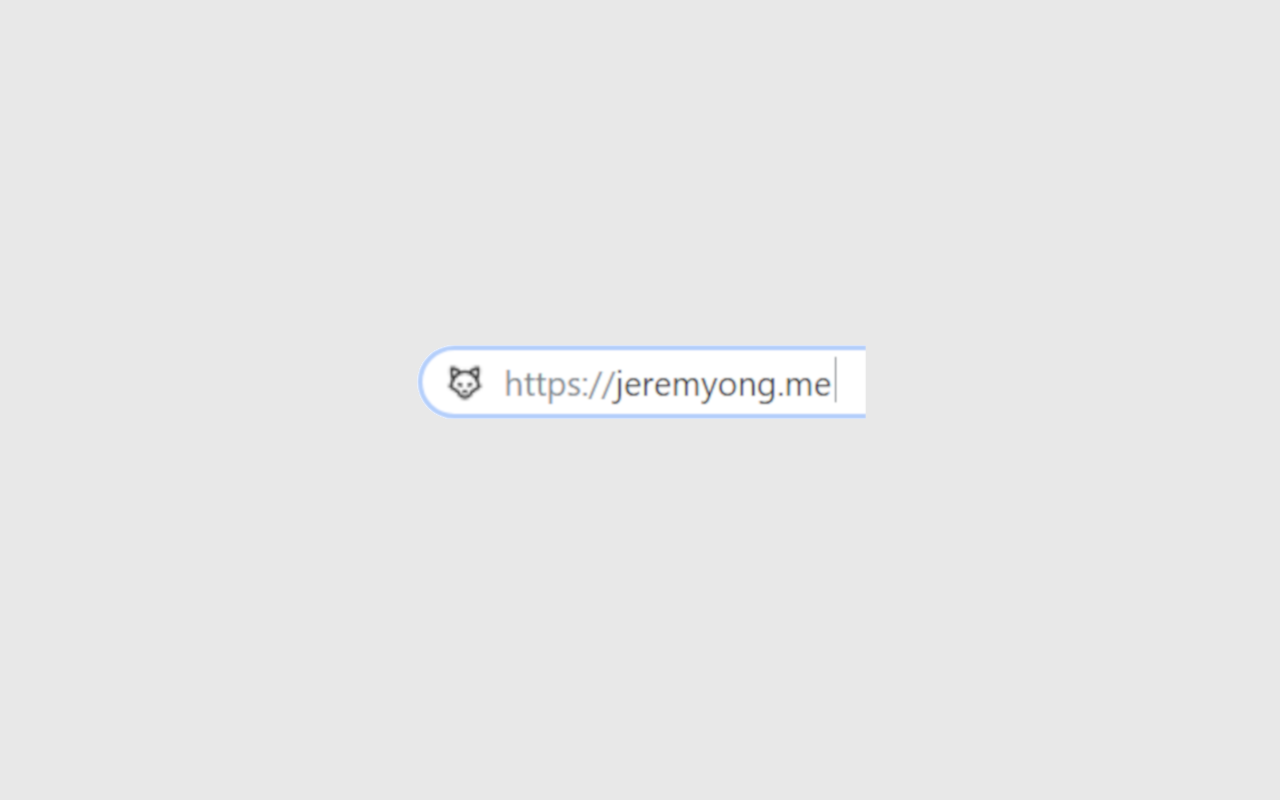 I created this website with raw html, css, and javascript. I had only a loose understanding of how css works from my experience with react and react native, so I decided to get more experience by making this website. The only third party code that I used was for the projects picker widget below and also for the tool to register keyboard input for the easter egg game you can play if you click on the fox at the very bottom of this page (the game is not available on mobile).
Check it out 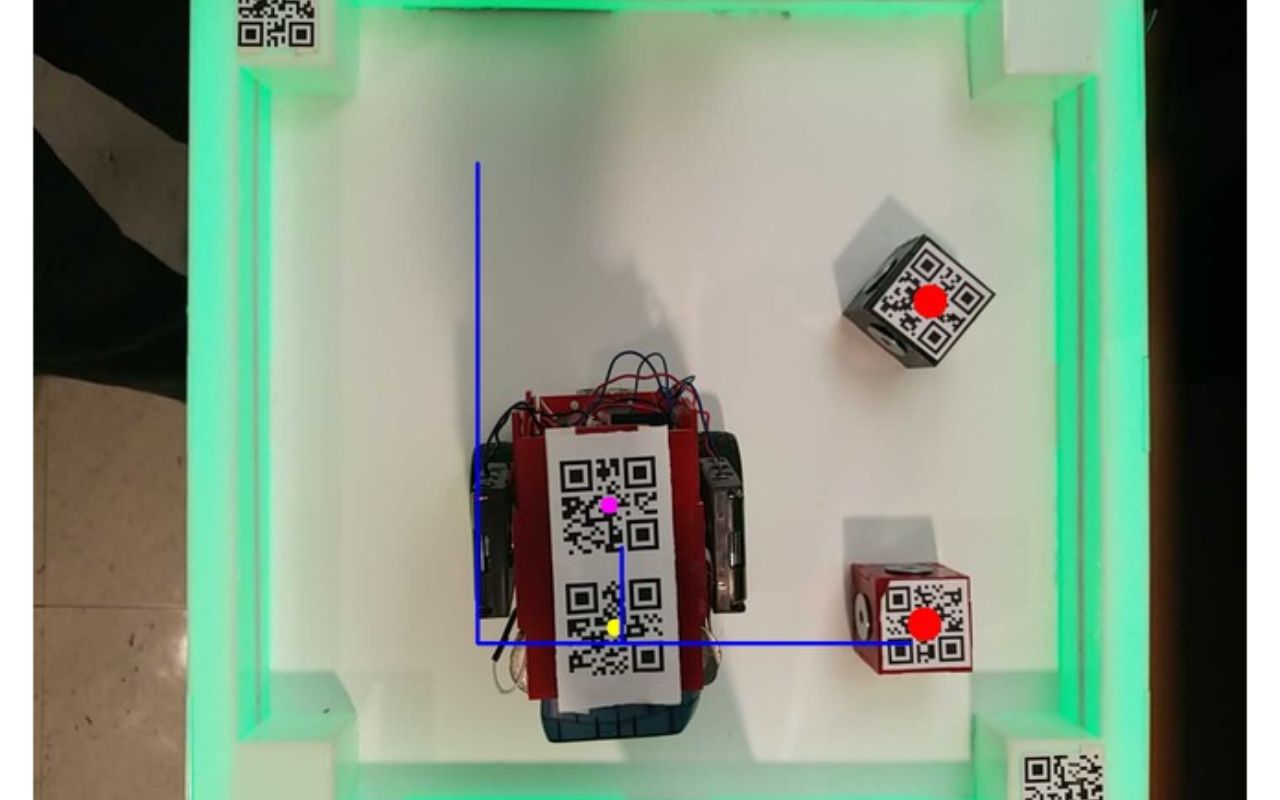 The Simon System consists of Simon, our robot that learns to perform the human's input actions. There are two "play" fields, one for the human to perform actions and the other for Simon to reproduce actions. Everything starts with a human action. The Simon System detects human motion and records what happens. Then those actions are interpreted into actions that Simon can take. Then Simon performs those actions in the second play field, making sure to plan efficient paths taking into consideration that it is a robot in the field. I implemented the computer vision, path planning, robot feedback control, and communication between components of the project. The computer vision systems intelligently detects when updates are made to the human control field and acquires normalized grid size of the play field using QR boundaries. The robot's orientation is also corrected using information from the computer vision. The path planning system uses a modified BFS algorithm taking into account path smoothing with realtime updates from the low-level controls to calibrate path plan throughout execution. Communication throughout the project uses bluetooth and unix sockets.
Check it out

~See all my projects~